Campsite île des Papes is ideally located on a private island in the Rhône, a stone's throw from Avignon. Avignon is situated in the valley where the Rhone lost its was for a while. Between Orange and Avignon the Rhone divides into several streams running down the valley, which has led to a large number of islands and peninsulas being created. Camping Ils des Papes is set on the northern edge of one of these isles, about 6km from the centre of Avignon. A central starting point to discov er the neighbouring areas of Gard, Vaucluse and Lubéron.

This four star campsite offers a large number of good facilities. Among them are two swimming pools, a separate play pool for children and various sports options. In high season there's a bus service from the campsite to Avignon (free of charge if you are staying at least a week).

"Sur le pont d'Avignon, on y danse...." Surely you remember this little song? The 'Pont d'Avignon' is officially named Pont Benezet and is the only bridge not to reach the opposite side of the river. In the 14th century Avignon was the pope's residence for almost 70 years. The pope's palace is still the most important building in the city. Just a short distance from Avignon there are many other interesting places to visit. The 'princes town' of Orange is only 22km to the north, the Roman aqueduct Pont du Gard is less than 30km away and Nimes, with its large ampitheatre, is 50km away.
Book Camping L'île des Papes with RentaMobilehome.co.uk for the perfect family holiday in Southern France! 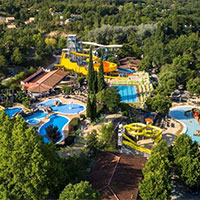 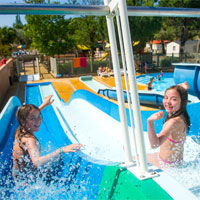 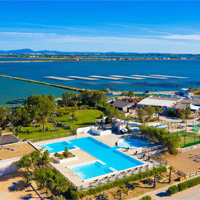 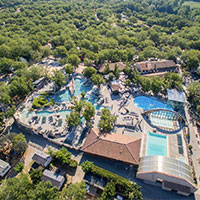 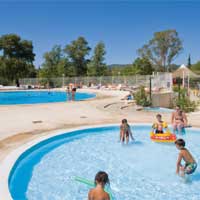