Camping Le Fanal is in the middle of a nature reserve in the wetland area that characterises the Cotentin peninsula and Bessin district. What could be lovelier than holidaying in the verdant Normandy countryside with the sea at hand? This four-star campsite in Normandy is located where the Cotentin meets the English Channel. Camping Le Fanal is a perfect campsite whether it’s relaxation or sports you’re after: the leisure pool — with heated covered pool, heated open-air pool with slides, and toddlers’ pool — will keep you occupied for many hours, and the more sport-minded can play tennis, volleyball or table tennis on site.

If you could do with some diversion for the family, Camping Le Fanal has a great entertainment team: children are offered the chance to draw, paint, play water games, go off on a treasure hunt or do face painting, while adults are offered sports (such as water bikes and canoeing), disco dancing, karaoke slots, themed evenings and concerts. A fine example here of a campsite in France that knows how to keep its guests amused!

Camping Le Fanal serves as a point of departure for plenty of excursions, such as the D-Day landing beaches. Though one of the first villages to be liberated, Isigny, now a small town on the coast of Normandy, was almost totally destroyed during the invasion in 1944. There are the small funny coloured houses by the harbour that are characteristic of the region. The village is famous for its caramel bonbon, butter, cheese and, of course, Calvados, the Normandy apple liqueur. The small town Sainte-Mère l'Eglise, well known for the 1944 parachutist who got stuck on the church tower, is also not far away. An (imitation) soldier can still be seen hanging from the church tower.

The closest sandy beach and dunes are those at Géfosse-Fontenay, ten kilometres from the campsite. The invasion beaches are located nearby. Cities such as Caen, Bayeux and the famous Mont-St-Michel are well worth a visit. Beautiful walks can be made from the campsite along the Normandy coast.

If you’re staying here, you really should visit Mont Saint Michel (St Michael’s Mount), the Caen war memorial, Cherbourg with its Cité de la Mer exhibition, and the pretty port town of Honfleur. Good old-fashioned rambles through the countryside around Camping Le Fanal are a pleasure not to be underrated, either!

Book campsite Le Fanal with RentaMobilehome.co.uk for the perfect family holiday in France!

Mobile homes can be rented here from Canvas Holidays and Vacanceselect. 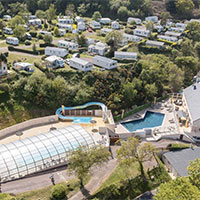 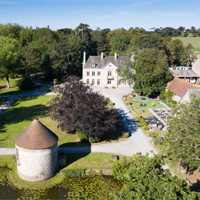 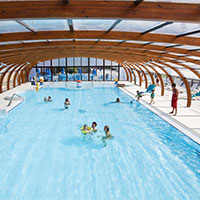